I first discovered my hearing loss in Germany when I was serving in the U.S. Air Force and was selected for a special duty assignment for the National Emergency Airborne Command Post (NEACP). This assignment, however, required a few prerequisite evaluations, one of which was a hearing test. After shipping our household belongings to the States and preparing ourselves for leaving Germany in two weeks, I received notification that my orders had been canceled because I had failed my hearing test.

I never got to be part of the special duty team, but I continued with the remainder of my military career. Upon my retirement, I was sent to the local veteran’s administration (VA) hospital for evaluation and treatment for my hearing loss. That’s when I was first fitted with hearing aids.

Over time, however, the hearing loss in my left ear progressed to the point that the hearing aid was no longer helping. After a couple of tests, the doctors recommended that I undergo surgery in my middle ear. Unfortunately, the first surgery failed and I had to have a second one. After the second surgery, I was able to hear the surgeon in the recovery room, but it was the last time I could understand speech in that ear. I could hear birds, traffic, and music without lyrics. But speech sounded like the gibberish from the adults on the Charlie Brown television specials.

My wife and I were tasked with deciding which of the implants I wanted. It was a daunting task because we were afraid of making the wrong choice. 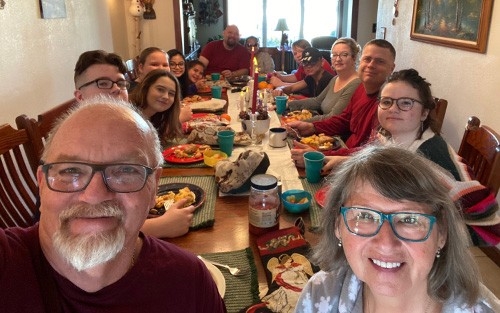 A second chance at hearing

The opportunity to consider cochlear implants came when a local study from a prestigious university became available, and my audiologist felt that I would be a perfect candidate to participate. I applied and was accepted for the study. I was presented with a large collection of booklets and brochures from the cochlear implant companies, and my wife and I were tasked with deciding which of the implants I wanted. It was a daunting task because we were afraid of making the wrong choice.

When my wife and I read that Advanced Bionics (AB) had partnered with Phonak, however, the choice became a lot easier. This is because over the 21 years since I had retired from the military, the VA had issued me several different makes and models of hearing aids; and the best and most comfortable were made by Phonak. I wanted a CI company that would offer state-of-the-art capabilities that would work in tandem with my hearing aid.

On November 4, 2013, I was implanted on my left side and was activated 22 days later. My surgery went well, and they discovered why I wasn’t hearing in that ear. Turns out that I had a significant calcium build-up in that ear which required a slightly different approach by the surgeon. I had no pain, except for the pressure from the bandage that squeezed my head for three days, and I took no medication during my recovery. I also had very mild vertigo about three days after the surgery that went away almost as fast as it appeared.

On the day of activation, I was a nervous wreck. My wife was just as emotional because she knew the struggles that I was having. I had lived with zero percent voice recognition on my left side for eight years. But on that day, November 26, 2013, I was able to make out words again. Were they perfect? No! But my wife and I cried and rejoiced in that little step that we had taken that day.

A CI is not an instant fix

I had a wonderful speech pathologist who explained to me that I had entered into a hearing marathon. I had to do my exercises and train my brain for this marathon. There would be ups and downs, leaps forward and some setbacks. And she was certainly right. At first, the microwave beep sounded like a clicker. Water running sounded like a rattling chip bag.

But I did my aural rehabilitation exercises with my wife, and I kept a journal of my sound processor mappings. This way, I was able to keep close track of how I was hearing with different features on different settings. Over time, we have managed to get my hearing back to its best. During my last hearing evaluation at the VA, I scored 85% correct on sentence recognition with my CI only in my left ear, and 100% with both ears (CI and hearing aid).

I still have some of the same problems that I had with hearing aids. People think either they have to talk really loud to me, or they think I can hear everything. I tell them that wearing hearing devices is like trying to take a sip of water from a water cannon—because you hear everything at a similar volume. When I give them an example of what I’m hearing, they are often astounded that they didn’t hear that fan running, or the fussing baby three tables over. I try to explain to them that a normal hearing brain assigns these distracting noises as unimportant and turns them down out of consciousness. But my aids and processor send all of it to me, so I hear everything. I still find limitations in restaurants and really noisy venues. I also have problems with some people’s home sound systems where the background sounds drown out the speech. But I have fewer problems now than when I was wearing two aids.

I have never had an issue with TSA with my sound processor and bundle of wires, while my poor wife gets stopped and searched every time because of her joint replacements.

Enjoying my life with a CI

My wife and I have two grown, married children and eight grandchildren. The fourteen of us usually have Sunday dinner once a month and more on birthday months. It can get quite hectic at times, as six of them are teenagers. But it’s a joy to finally be able to hear and understand them when they are speaking.

My wife and I are both retired, and we love to travel. We have made several trips within the US, and have taken cruises and a trip to Europe. I have compiled a checklist of CI accessories that are now included on our packing list whenever we travel. I have never had an issue with TSA with my sound processor and bundle of wires, while my poor wife gets stopped and searched every time because of her joint replacements. I found a multi-voltage four-port USB device that worked well in Europe and reduced the number of transformers I carried. We also haven’t had any issues with charging batteries, running the dryer, or any other issues associated with traveling aboard a cruise ship. 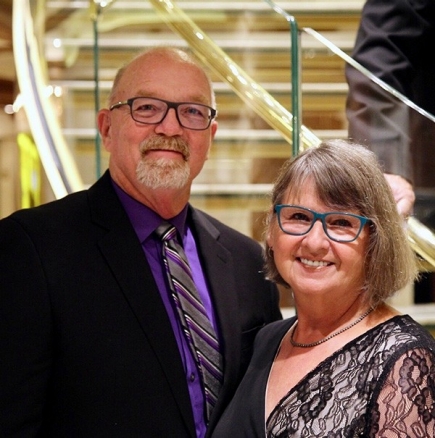 I carry disposable batteries for my processor in case of emergencies when I have no power source to recharge it. I’m not only a heavy sweater, but I also love the water. So I use a small dryer, and I rely heavily on my AquaCase. The AquaCase has saved my processor more than once. I only wish I had an AquaCase for the hearing aids too. It would have saved a couple of them from water damage.

Make the right decision for you

The decision to have something implanted into your body can be a very hard one. It’s also a very personal decision. It wasn’t hard for me because I had already experienced two failed procedures and I was miserable. I couldn’t understand people. I had trouble hearing my grandchildren and watching their frustration with my hearing loss. I had a very soft-spoken supervisor who made my work environment at times so unbearable that I didn’t want to go to the job I loved every day.

My decision was easy. My results are remarkable, as I have been told by several audiologists. Have I had setbacks? Yes. Have I been frustrated? Yes. But it didn’t cause me to want to stop or quit. It’s like having a car that doesn’t run right. You want it to be fixed so that it runs the way it was supposed to.

Each of us is different in many ways, but also the same in that we are hearing impaired. Each of us will obtain different results. Each of us will have different issues. We have to continue to do our exercises, go to our finetuning adjustments (mappings). We have to try to achieve the goal that we had originally set for ourselves, and try to go to the next step beyond that, because it is a “journey” as we all continue to try to improve. For myself, I hope that as AB and Phonak continue to develop newer devices and programs, that I will be able to achieve my ultimate goal of 100% in sentence understanding with my CI only. I remain optimistic. 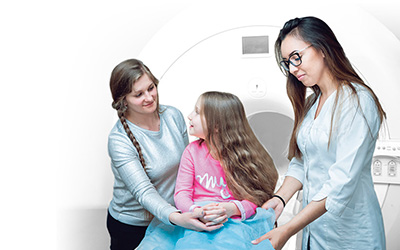 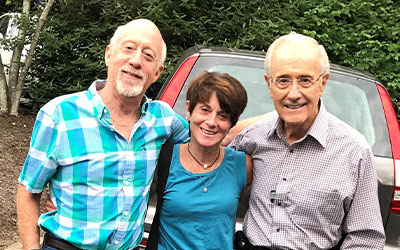 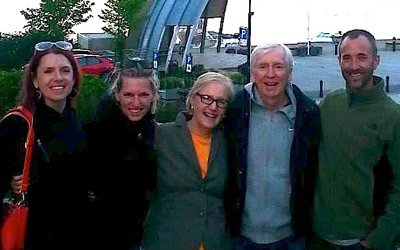 I’m a Mentor for Those with Hearing Loss. Here’s How I Tell Them to Face Unexpected Hearing Challenges 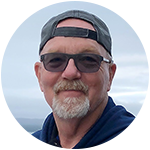 Jack is a semi-professional photographer and the owner of a small business, along with his wife of 48 years, Patricia. They love traveling, cruising, and seeing the world, a love they developed while in the military and stationed overseas. While they are only three states short of having visited all 50 in the United States, they live in the St. Louis metro area. Jack had a progressive hearing loss in his left ear that eventually led to his obtaining a cochlear implant. He enjoys mentoring others about his experiences and how it has changed his life and his relationship with his family.