Advanced Bionics is a global leader in developing the most advanced cochlear implant systems in the world. Acquired by Sonova Holding AG and working with Phonak since 2009, AB develops cutting-edge cochlear implant technology that restores hearing to those with severe-to-profound hearing loss.

With operations in over 50 countries and a track record for developing high-performing, state-of-the-art products, AB’s talented, group of technologists and professionals are driven to succeed, work with integrity, and stay firmly committed to quality while delivering unmatched customer service. 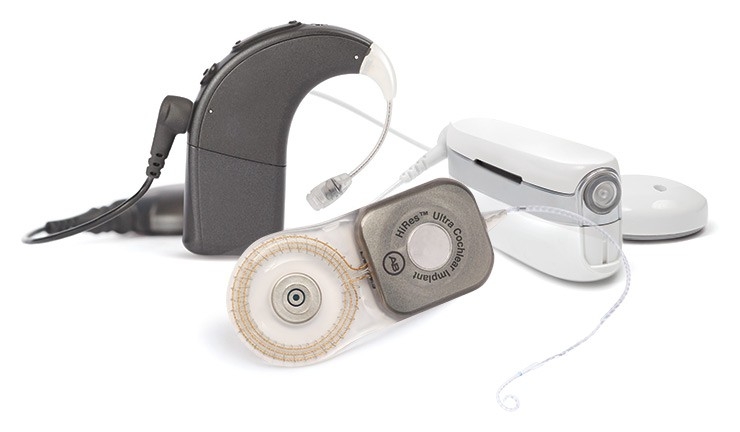 Advanced Bionics is a global leader in developing the most advanced cochlear implant systems in the world. Always focused on innovations that improve quality of life, AB has consistently made the industry’s leading advancements in hearing technology. In fact, with six sound coding programs, we offer more ways to hear than any other cochlear implant company.

Mission to Make a Difference

At Advanced Bionics we are dedicated to improving lives by developing technologies and services that help our recipients achieve their full potential. Our commitment to putting patients first and providing the best possible hearing performance remains at the forefront of all that we do. The trust patients and professionals place in us inspires us to act with integrity and transparency as we strive for excellence each and every day in all that we do.

Victoria Carr-Brendel is the Group Vice President of Cochlear Implants and President of Advanced Bionics at Sonova, and a member of the Sonova management board. Advanced Bionics is a leader in developing the most advanced cochlear implant systems in the world, allowing those with severe and profound hearing loss to hear again, or for the first time. Advanced Bionics is widely recognized for innovation, and under Carr-Brendel’s leadership, recently introduced a number of First-to-Market products, including the first CI sound processors featuring direct connectivity with virtually any Bluetooth-enabled device, and the first CI system designed specifically for children.

Prior to joining Sonova, Carr-Brendel served in multiple leadership roles in different medical device companies, including Boston Scientific, Baxter Healthcare, JenaValve, and Dexcom. She brings almost 30 years of medical device development experience to her current role, where she is responsible for defining and developing new products that drive significant growth and technological development in the CI space.

As she approaches her three-year anniversary with Sonova, Advanced Bionics has seen unprecedented growth under her leadership. She was the keynote speaker at Sonova’s 2019 International Women’s Day, and the keynote speaker at the MiniTec during the Medical Device & Manufacturing Expo & Conference in 2021. She was honored as one of the Top 25 Woman Leaders in Medical Devices (2020), a finalist for LA Times Woman of the Year (2021), and voted one of the Top 25 Medical Device Executives of 2019. She has been on the Board of Directors for the Medical Device Manufacturing Association since 2021, and has been a member of American Institute for Medical and Biological Engineering (AIMBE) since 2014.

Carr-Brendel holds a Ph.D. in Immunology/Microbiology from the University of Illinois at Chicago, and takes pride in her technical background as a business leader. She lives in southern California with her family, and believes that having a difference in seasons is overrated. 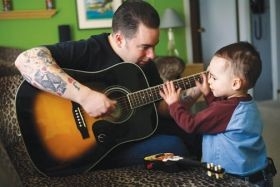 AB is committed to providing superior and reliable cochlear implant systems to its recipients. All employees at AB are firmly dedicated to the Advanced Bionics quality policy.

AB’s quality system is comprehensive and unsurpassed in the hearing implant industry. Recipients can rest assured that everyone at AB is dedicated to providing state-of-the-art technology and top-quality, reliable products that deliver the best possible hearing experience. 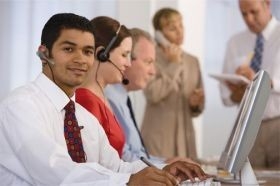 AB’s Customer Service team is comprised of cochlear implant experts who set the gold standard in customer care. From online resources to a caring and informed service team, you can always count on AB to support you every step of the way on your journey to hearing.

When you choose a cochlear implant, you also choose a company that will be with your family on the entire journey to hearing. Only Advanced Bionics offers you the most advanced system today and a relationship with Phonak that will continue to deliver innovative hearing solutions and important support services for your family. Together, we are relied on by millions of people each day for the best possible hearing experience.

Experience the professional and personal fulfillment that comes with making a difference in people’s lives. At Advanced Bionics, you will contribute to advancing biomedical technology and work on challenging projects with smart, driven, friendly people. Diversity, creativity, and collaboration are the cornerstones of our success.