Hi! My name is Daniel Layne, and I have a cochlear implant. Everyone’s story is different, but I hope that my sharing what I have been through will help someone else be brave enough to step forward, take control of their hearing loss, and make the journey to better hearing, just like I did.

While pregnant with me, my mother contracted the cytomegalovirus, commonly known as cat scratch fever. At the time, many women were unaware of the dangers of changing the litter box while pregnant. Cats can be carriers of the virus. The virus only affected my mom like a common cold, but it did a lot of damage to me before I was born.

We didn’t discover my hearing loss in both ears until age five, when I started kindergarten and failed the hearing screening. Before school started each year, I had my hearing tested to make sure the hearing aid I was wearing was doing its job. Between the ages of five and thirty-eight, my hearing took several drops, the last one being the most significant.

At that point, in June, 2019, I learned that my hearing aid was no longer strong enough to help me hear sufficiently. Not only was I getting frustrated, my family and friends were, too. Each time my family had gatherings, I wouldn’t talk much. I only spoke up when someone talked to me.

Even though I was wearing one of the most powerful hearing aids on the market, it wasn't helping me.

It took me about a year to finally gather the courage to make an appointment to get another hearing test. In May of 2020, I was told that even though I was wearing one of the most powerful hearing aids on the market, it wasn't helping me. The best option for me would be a cochlear implant. At hearing the news, I was very upset because I had been determined to keep my hearing no matter what.

But after a few days, I decided to do some in-depth online research about cochlear implants (CI) and learn about people’s experiences with this technology. I also called my family and told them that I was considering a CI. Everyone was very supportive and told me to go for it. By the time my appointment for the CI evaluation came around on June 9th, I was filled with questions and was determined to learn all I could about the process and procedure.

Don't ever be afraid to write down the questions you want to ask your audiologist about the process. I got so excited that I began my own YouTube channel, so I could show my own advocate videos for people who need to know about cochlear implants.

At the end of the evaluation appointment, I learned that I qualified for cochlear implants in both ears. I was so excited but still a little apprehensive about the surgery. On July 21st, I was cleared for surgery and was given a surgery date of August 13th, 2020.

Although I was qualified to get implants for both ears, my surgeon recommended that I implant my better hearing ear, because he believed I would have a higher chance of hearing. I also had the option to implant both ears at the same time, but I thought it would be too uncomfortable. My surgeon left the decision up to me. So, I chose my better hearing ear (the left one) to be implanted first. After talking to other CI wearers, I found out that most surgeons recommend doing the worst ear first. But again, everyone's situation is different.

Between the surgery clearance appointment and surgery day, I was able to meet Rachel Potvin, AB’s CI Consumer Specialist, who is also an implant wearer herself. She traveled to my home and introduced all the equipment to me and explained how I would use it. At first, it was a little overwhelming to learn about all that equipment.

I had a final appointment with the anesthesia department of the hospital and also had to have a COVID-19 test as a requirement prior to the surgery. During the anesthesia appointment, they usually go over your medical history and any past problems with anesthesia. They do this to ensure that the surgery goes smoothly for you.

Surgery day arrived, and I must admit that I was a bit nervous. But as soon as the nurse came for me, I calmed right down. Right before I was put to sleep, the surgeon showed me the implant that would be put into my ear, and assured me that I would be fine. According to my surgeon, implant surgery can take anywhere from two to four hours, and mine only took two-and-a-half hours.

After I was put to sleep, the surgeon made an incision behind my ear. From there, the implant was positioned underneath the skin behind the ear, and the attached electrode was inserted into the cochlea, the organ in the inner ear that’s responsible for hearing. They ran a test to confirm that the implant was working and closed the incision. 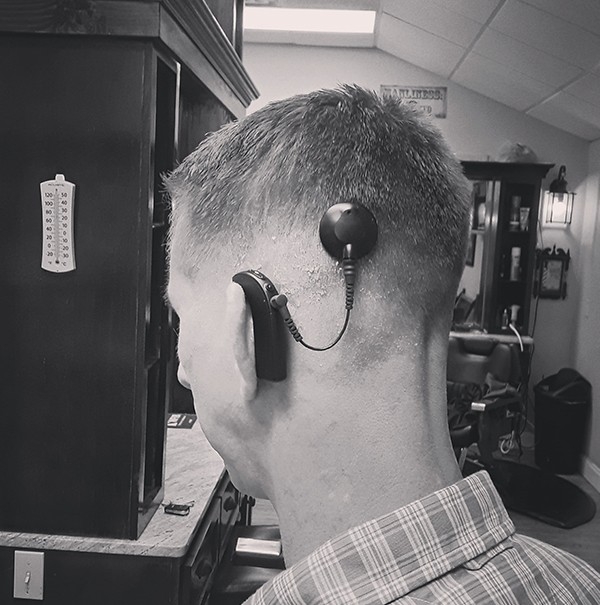 When I woke up, at first, I was disoriented and couldn’t remember where I was. It took a few minutes for me to come to completely. This was when I realized that I lost what natural hearing I had in my left side. The surgeon told me that that was also normal. Some patients keep their natural hearing, and some don't. I stayed in the recovery room for a few hours as a precaution to make sure I would be okay. I was then released to go home.

It wasn't until after I went home that I started to notice a few common after effects of CI surgery. First, I began to hear a roaring tinnitus in my head. Tinnituses is defines as phantom sounds that can be anything from a buzzing to a ringing. Mine sounded like a boom box with a low base beat, or a running lawn mower. It finally settled after about five to seven days following the surgery, to the point where it became tolerable. After my CI was activated, however, it became almost nonexistent.

Surprisingly, my post-surgery pain was very minimal, although I did take pain medication the first night I was home to help me fall asleep. I experienced dry skin at the surgical site, which is also common. I was given a solution to help minimize the dryness. As the time passed, this also became less and less.

A metallic taste on the tongue was another side effect I experienced. I was told that this can last up to six months following the surgery. My taste wasn't there for about a whole week following surgery. Once I could taste again, taste remained metallic. At the time of this writing, nine weeks after the surgery, I still have a salty aftertaste on my tongue.

I began hearing things I have never heard before.

My “wow” moments happened over the next three days, starting when I went to see my audiologist for my 24-hour checkup after activation. Her voice actually sounded normal. That very day, I began hearing things I have never heard before. For example, I heard the hum of a pop machine in my brother's barber shop. I heard the creaks of the chains on the swings at the playground. I could talk on the phone and listen to music, too.

Looking back, I wish I had done this a lot sooner. I have no regrets in having this surgery. I am looking forward to having my right ear implanted, too, so I can hear with both ears. If you are out there and you have hearing loss that is progressing beyond the help of hearing aids, let me tell you that you don't have to suffer anymore. Make an appointment with your audiologist and see if you qualify for a cochlear implant.

Is a Cochlear Implant the Right Hearing Loss Solution for Me? 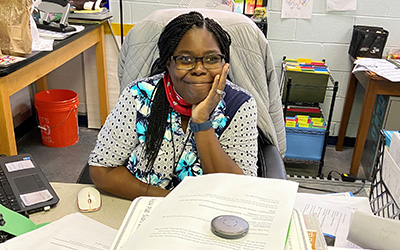 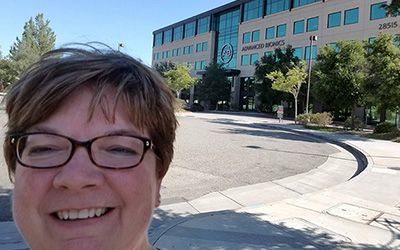 Hearing the Full Range of Sound with Two Cochlear Implants 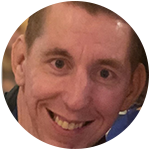 Daniel loves to read, write articles, sing and spend time with family and friends. He is looking forward to one day publishing his own book. Having received his cochlear implant in September 2020, Daniel can't wait to explore all the possibilities that it has to offer.