Walking the Path Beside Them 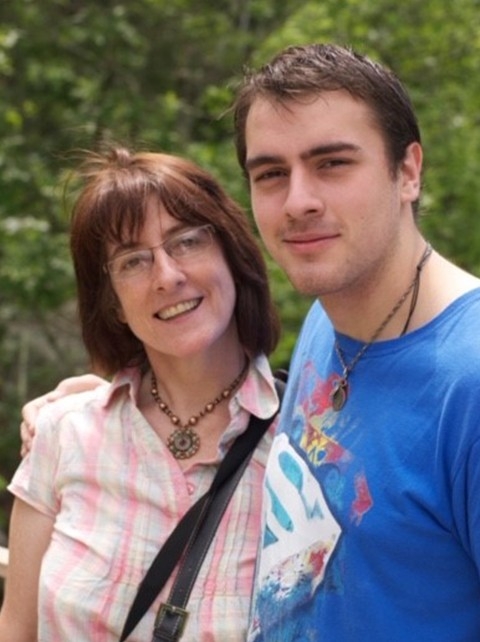 I’ve always had a deaf mother. When I was growing up, her hearing loss defined our relationship, whether directly or indirectly. As a kid, it was confusing as to why other kids could talk to their parents whenever they wanted, but I had to fight over background noise or repeat myself multiple times, only to eventually be told that I should try repeating it later when there was no background noise.

I would try talking louder, but got into trouble for shouting all the time. I would try the opposite and mouth as much as possible so Mum could lip-read. But this made me quieter than the other kids, and even silent during car journeys, or in places where there were loud noises—whether Mum was there or not, because this behavior become ingrained in me.

But as much as her hearing loss affected my childhood, I only began to realize how much it hurt her. I began to realize that the times when I grimaced or rolled my eyes when I had to repeat myself for the second time, it cut right down to her soul. It was not her fault that she couldn’t hear me. I realized that the blame, the annoyance, the flashes of anger, however little those things meant to me at the time, they meant everything to Mum.

I began to realize that the times when I grimaced or rolled my eyes when I had to repeat myself for the second time, it cut right down to her soul.

It was my brother who first brought up the idea of a cochlear implant, but there was never any question in my mind that if my mum was supportive of the idea that it was a good decision. I have no idea what it is like to be unable to hear the birds or the rustle of the leaves or snak packagings. So who am I to say whether or not it is the right decision to try to hear those things that I take for granted? This was not my journey, but hers. But I knew that whatever Mum decided, I would support her.

I didn’t think too much about the potential loss of hearing should the operation not be a success. What good would it do to worry? That worry would neither change the circumstance nor comfort or relax my mum about the decision she was making. Instead, I decided to take each day and each moment as it came.

My biggest hope for her, once it was decided that she was to get a cochlear implant, was that she be happy and not ashamed of her hearing loss. No one should be ashamed of something they have no control over. I wanted her to hear the things she had never heard before and to enjoy those moments when a new sound would make its way into her brain, and for her to recognize what it was. I hoped for her to become more confident.

One late night after the operation had already happened and she was waiting for her switch-on day to arrive, my mum had a panic attack. She came to me, so I took her out to walk the dog. We stopped under each streetlight so she could read my lips before we moved on, and she continued talking until the next lamppost.

At first, I didn’t think what I did with her that night with was a big deal. It was just something I had to do to make sure my mum was okay. I later learned how big an impact it had on her. I realized that our walk together that night showed her that even if she were to become completely deaf, we could still talk, and have deep and meaningful conversations like we always had. That nothing would change.

Walk the path beside them

The best piece of advice I can give to anyone who has a family member or parent considering a cochlear implant is to listen to them, however ironic that is. Move your thoughts and feelings aside for a moment and listen to them, and to what their opinions about it are. Then, put yourself in their shoes. Imagine what it would be like to be unable to hear anything, to live in a soundless world.

Move your thoughts and feelings aside for a moment and listen to them, and to what their opinions about it are. Then, put yourself in their shoes. Imagine what it would be like to be unable to hear anything, to live in a soundless world.

Imagine what it would be like if someone came up to you and revealed that you had only been hearing about thirty percent of the sounds the world had to offer. If there was a world of sound available to you, and all you had to do was risk losing the thirty percent of hearing you already had, would you take it? Maybe not.

But what if you had known your whole life that you had only been hearing that thirty percent? What if there had been moments where you could see others enjoying and laughing at the seventy percent you couldn’t hear, but you had laughed along for fear of being rejected, or the shame of something entirely out of your control? Would you take up the offer then? Is it worth it?

Whatever decision you and your family make, remember that in times when you’ve had to repeat yourself because your loved one with the hearing loss hasn’t heard you, it hasn’t been their fault. Don’t make it their fault by shaming them. Have the patience to try to reach them even when it’s hard. Have the compassion to seek out what life might be like for them in the moments you don’t see.

But, above everything else, be there for them and support them in whatever way possible. Please don’t force your agenda onto them, but encourage and help them when they need it and how they need it. The journey may be theirs to undertake, but you can always walk the path beside them. 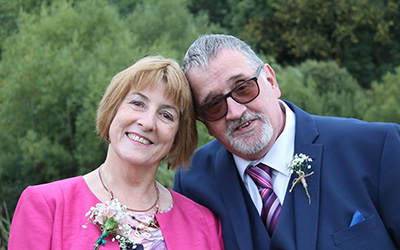 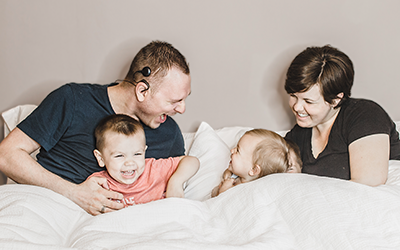 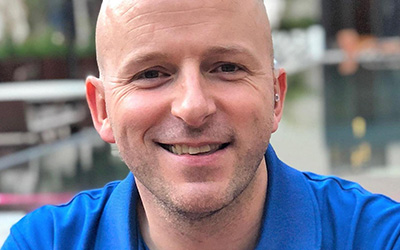 Max Puplett is 29 and a part-time student at the Identity School of Acting in London. When not in school, he works as a healthcare facilitator at a hospital. His hobbies include writing stories, playing games online, and listening to a wide variety of music. He is always found with his faithful companion—his dog Apache—by his side.